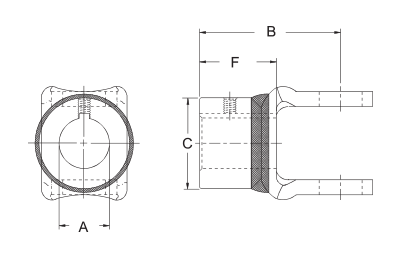 Round Bore yokes furnished with standard keyway and setscrew, except where noted.

Manufactured in the USA by G&G Manufacturing Company.